* In case of any delay in receiving the OTP, you may verify it later. Please proceed without verification.

Enter your City name or Pincode

Lailunga in Raigarh district of Chhattisgarh is located 68 km to the north from its district headquarters and more than 200 km from the state capital - Raipur. The city is surrounded by some nearby villages such as Kupakani (7 km), Bansdand (6 km), Gamekela (6 km), Pakargaon (5 km) and Potra (4 km). Besides that, Gharghoda Tehsil to the south, Kansabel Tehsil to the north, Pharsabahar Tehsil to the east and Patthalgaon Tehsil to the north also share their borders with Lailunga city. The city enjoys basic utility services that makes life of the people easy and convenient. Read here in detail about the exotic features of Lailunga at the given below lines. 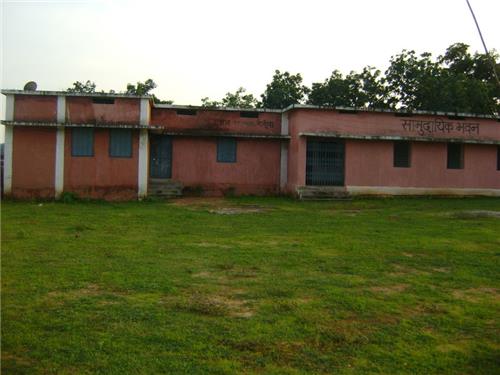 Lailunga experiences dry and hot temperature. The inhabitants of this region have to face extremely hot temperature during the summer season that remains from April to June. The highest day temperature can goes more than 45°C. Moreover, the monsoon season arrives here from the end of June and lasts up to the first week of September. The month of August witnesses the maximum rainfall. Winters generally come here with the start of December month and remains till the end of January. During the winter season, the temperature goes down to 8 °C with cold winds constantly blow throughout the city. So the months of October and November provide the best time to travel around the city.

According to the Indian Census of 2011, the nagar panchayat city of Lailunga has the total population of 8,208 of which 4,129 are males and 4,079 are females. Children who are between the age group of 0-6 are 1065 in this city i.e. 12.98% of the total population of Lailunga. There are more than 1,902 houses in this region and the nagar panchayat holds the responsibility of providing the basic amenities to them like water & sewerage, electricity and many more. In addition to the population of Lailunga, the people from Schedule Caste (SC) and Schedule Tribe (ST) people constitute 30.97% and 10.11% of the total population in Lailunga, respectively. Furthermore, the average literacy rate of the city is 78.78% which is higher than the state average of 70.28%. The male literacy rate is around 85.34% while females have the literacy rate of 72.19%.

Every inhabitant of a city would like to have an easy and mess-free life. It can only be possible with the presence of public utility services, which are the day to day requirements of an individual. Providing these amenities within a region is the responsibility of the administration. If we talk about Lailunga then, it does provide basic services to the people. The most important of them are banking services, postal services, transportation and healthcare services. These facilities are very common in any city as they fulfill many requirements of the inhabitants.

Lailunga has one post office where all kinds of postal facilities are available for the inhabitants. The post office in Lailunga is the sub office branch of Raigarh Head Office. It comes under Raigarh Division of Raipur Region, Chhattisgarh Circle.

The banking arrangements in any region should fit with the requirements of its locals. These services should be personalized for the people so that they can take several benefits from governmental schemes. In Lailunga city of Chhattisgarh, both government and private banks have located their branches which offer a wide range of banking services to suit the requirements of the people. Their services include saving & current account, personal & business loans, fixed deposits and various financial schemes. Here are the names, contact addresses and important codes of various banks in Lailunga:

The city of Lailunga has the decent healthcare facilities in the presence of a Community Health Center established by the Government of Chhattisgarh. This medical center works under the nationalized scheme of Rashtriya Swasthya Bima Yojna (RSBY). It has been given the facilities of modern medical equipments and a team of professional doctors besides nursing staff. You can get the complete address of this health center at the below lines. Apart from that, there are few nursing homes, private clinics and chemist shops located across the city, which also serve different purposes of different people.

Thus, the city of Lailunga constitutes an important part into the Raigarh district of Chhattisgarh. However, the infrastructure here is not so advanced in comparison to the other major cities of the state. But it has sufficient public utility services that provide various kinds of benefits to its inhabitants. Surrounded with several cities and villages, the administration of Lailunga has to take various steps to make services here more advanced particularly in the field of transportation. To fulfill such purpose, several steps have been taken by the administration to provide more to its each and every local.

Comments / Discussion Board - About Lailunga